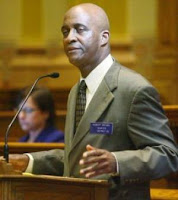 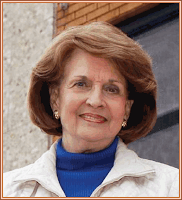 I do not usually post conspiracy theories, but I don't know what to make of this:

Three courageous Georgia state legislators, all child advocates in the fight against human trafficking, have now been found dead within the last two years. The most recent tragedy involves former 20-year State Senator Robert Brown. Sen. Brown was found with a gunshot wound to the head at his Macon home in an apparent suicide on December 8, 2011. A complete autopsy report has not yet been released.

Sen. Brown was the Senate minority leader for 7 years until he resigned during 2011 in an unsuccessful bid for mayor of Macon. In 2008, Brown was a co-sponsor of SB 415, a sweeping reform bill that was designed to protect children in a variety of ways. In particular, it offered protection from government agencies and representatives that appeared culpable in neglecting and abusing those children while they were in government sponsored care.

SB415 was introduced by former Senator, Nancy Schaefer. Sen. Schaefer was an outspoken critic of Child Protective Services (CPS) in general and specifically, the Georgia Department of Family and Child Services (DFACS). She presented several cases where children were removed improperly from their homes for profit. Sen. Schaefer had just finished filming a dramatic, still unpublished video documentary on the subject when she and her husband were found shot to death in their bedroom on March 26, 2010 in Habersham County. Their deaths were ruled as a murder suicide that was committed by Sen. Schaefer’s husband, Bruce.

After the death of Sen. Schaefer, another child advocate legislator, former Representative, Bobby Franklin, became increasingly involved in the issue. He decided to draft a bill for the 2011 session that would abolish DFACS altogether, an action suggested by Sen. Schaefer in her World Congress of Families presentation in Amsterdam. Rep. Franklin was found lying dead on the floor of his Cobb County bedroom on July 26, 2011. An autopsy report, indicating that Rep. Franklin died from organic heart failure, was eventually released in late December of 2011.

No other Georgia legislators who were so recently active have died during this period. These child advocate legislators were a few of a small handful of legislators who had the courage to take a hard stand against such horrible crimes even when government agencies and representatives were shown to be involved. Their work was particularly important given that Atlanta has long been ranked as a top national hub for child sex trafficking.

I praised Nancy Schaefer on this blog, even before she was murdered. Her death was suspicious. Now there are three dead Georgia legislators. My gut reaction is that one is an accident, two is a coincidence, and three is a conspiracy. Am I paranoid? I do believe that CPS is evil, but they are not murderers, as far as I know. Stay tuned.
Posted by George at 8:00 AM

What happened to thaf doco?

I just want to tell you that it's TRUE. Nancy was a dear friend of mine and she WAS murdered to keep her quiet. Both her and her husband Bruce. I have no doubt that these other two politicians were probably murdered the same way. I was very sad to discover this when I read your blog tonight. These senseless murders are being done by those who want
to keep it quiet.

The US is performing "Eugenics" and many innocent families are being targeted. Mostly poor families, single mothers, Christians, and those who can't fight back. It's a secret Halocaust that is going on all over the United States, England and Austrailia. Gag orders are placed on families who expose.
They will stop at nothing to keep families quiet. Many of my fellow Activists have been killed.

Nancy was a wonderful Christian woman who loved children. She wanted justice for these poor families, but instead they shot both her and her husband and covered it all up. They even destroyed the evidence.

Nancy was there for me when I lived the nightmare. My daughter was also kidnapped when she was almost 17 years old. She is now 21 and is writing a book about her experiences. I'm very proud of my daughter for she is a "survivor" for they abused her and used MK Ultra on her. They wanted her to work for the Government.

You can read about our story on my blog:

If you google CPS Corruption parents all over the USA are trying to expose. Many politicians are on children non profits and they are profitting from kidnapped children. They are traitors to our society for they are destroying the next generation.

Thank you for this update. I'm praying for the families of the victims.

Schaefer was a hero! I wish there were hundreds more people like her. She is the only one I can find online that speaks the truth and wasn't afraid to let people know about it, even though it cost her life. CPS is out for money, they already have power. It's time someone takes them down. But no one knows how. They are ruining the lives of innocent families just to line their pockets and fatten their wallets!