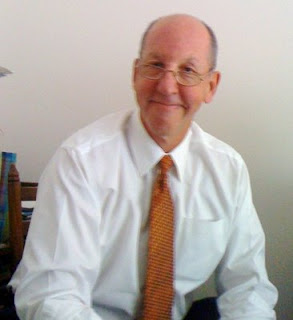 My ex-wife has been seeking sole legal custody of our two kids since 2004. She has repeatedly petitioned the court for it, and the court has always made it unmistakably clear that she would not get it even if all of her allegations were true. It is extremely rare for a father to lose joint legal custody unless he voluntarily relinquishes it or he commits some horrible crime.

On May 21, she finally got temporary sole legal custody of our kids. Here is how it happened.

She persuaded a crooked Palo Alto California psychologist named Ken Perlmutter (pictured on the right) that she deserved sole legal custody, and he sent a letter with a recommendation to Commissioner Irwin H. Joseph of Santa Cruz county. Perlmutter knew that Cmr. Joseph was not the family court judge but he also knew that Cmr. Joseph was prejudiced against me and has acted unfairly against me in the past. On the day that Cmr. Joseph got his pink slip, he signed Perlmutter's proposed order to terminate my joint legal custody. There was no hearing or court appearance.

I have never heard of anything like this happening before. I once asked a lawyer about whether a judge could act on a psychologist's recommendations, and I was told that unless there was some sort of emergency, the court would have to hold a full court hearing with witnesses. Since then I've seen judges order psychologist recommendations temporarily at a court status conference without any emergency, but only if a trial was immediately scheduled. I've never seen a parent lose joint legal custody except by failing to show up for multiple court appearances.

Here is the chain of events that is so wrong.

Perlmutter does not even claim any legal or psychological justification for terminating my joint legal custody. His position seemed to be that Cmr. Joseph wanted to terminate my parental rights, but did not have an excuse to do it. It was Cmr. Joseph's order that put $20k into his bank account, so he was going to give Cmr. Joseph the dagger to stab me in the back.

I think that Ken Perlmutter is dishonest, incompetent, crooked, and despicable. He should lose his psychologist license at the least.
Posted by George at 9:00 AM

fascinating. JJJ wanted to separate you from your kids based on what your ex wanted and this guy just goes: hey man, whatever, no legal or psychologically compelling reasons to do it but the judge wants it so there you go. That'll be 20K please". Not very different from what happened to me here in the county w/JJJ. And a few other dads. I hope JJJ is leaving town when his tenure in juvenile court is done in a couple more weeks, he's not a liked man around here....

ok So where does that leave you now, George ?

Do you have any legal recourse, etc. ?

What can you do ?

God be with you.

I am told by one of the lawyers in town that Comm. Joseph aka. Junk Justice Joseph (JJJ) is going to become a mediator for hire here in Santa Cruz Co. I would advise avoiding him and his services like the plague !

I am a mom and have experienced the same injustices. My ex wrote a declaration in 2008 and didn't serve me. I showed up for a child support hearing to learn that I was losing custody and possibly joint legal custody. This was all based on his malicious lies. To date I am being punished and so is my daughter. Despite having joint legal custody I was removed from volunteering in her class and my ex also changed her school unilaterally without telling me violating our custody orders. There was no consequence, our daughter was not returned to her school and in fact he was awarded the school. It didn't matter that I have joint legal custody. I don't think the courts really follow the law as much as doing what they want. The key I have learned is that the person who targets the most blame, like you wife kept her story of sole legal custody wins. The children are deeply affected. That should be the concern of the courts, but it isn't. Money is the motivating factor and if a parent is taken privileges to their child, the courts know they will spend money to gain those rights back. You are not alone and it is not only men if that helps. I was the primary parent for over 5 years and for the last 2 I have been alienated from my daughter's life and education because my ex is a great liar and manipulator, something he prides himself on.