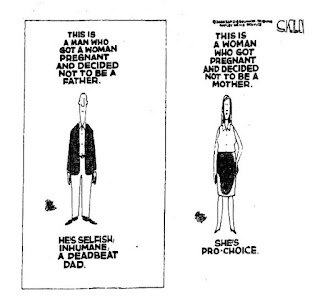 Susan Dhliwayo was stunned when she pulled her car over recently to pick up a group of male hitchhikers and they refused to get in. The reason? They feared being raped.

Sensational reports of gangs of beautiful women picking up male travellers to have sex and harvest their sperm in condoms have gripped Zimbabwe in a dizzying mix of taboos, rituals and downright bizarre.

"Now, men fear women. They said: 'we can't go with you because we don't trust you'," 19-year-old Dhliwayo recounted.

Local media have reported victims of the highway prowlers being drugged, subdued at gun or knife point - even with a live snake in one case - given a sexual stimulant and forced into repeated sex before being dumped on the roadside.

The sperm hunters first surfaced in the local press in 2009 but police have only arrested three women, found with a plastic bag of 31 used condoms in October. The attacks have continued since they were nabbed for allegedly violating 17 men.

"We do not have the exact number of confirmed cases," said national police spokesperson Wayne Bvudzijena.

"These cases occurred mostly when the victims were hitchhiking and boarded private vehicles. We encourage people to use public transport."

The sperm's exact use is not clear but is thought to be intended for "juju" or traditional rituals to bring luck - anything from enhancing good fortune, boosting business or preventing a criminal from being detected.

It is also not known why the semen is taken forcibly from strangers.

"It's really an issue which is mind boggling," said University of Zimbabwe sociologist Watch Ruparanganda, who believes it is a lucrative business. "It's quite a big mystery. Obviously we know [it is] being used for rituals."

Ruparanganda said he was astonished to discover seven years ago that semen appeared to have become a tradable commodity, while doing research for his doctoral thesis among Harare street youth who told him that businessmen would take them to hotels, give them new clothes and ply them with booze.

They were then told to pick a prostitute and to hand over the used condom after sex. ...

"We believe that this is a form of witchcraft. So we are totally against the idea," said spokesperson George Kandiyero.

"It has really frightened people," he said. "It has really brought in a bit of shock because normally it was the other way round, normally we know of men raping women, not women raping men."

Kandiyero suggested that one reason why the harvesters don't solicit sperm from their loved ones is the belief that sperm used in "jujus" could bring on trouble for the man.

Meanwhile, on the other side of the Earth, politician got into trouble for some rare common sense:

State Rep. Alan Dick, Republican from Nenana, made himself a little bit famous this week on the Internet. ...

Simon had referred to "a woman and her pregnancy," Dick said. But if a woman gets pregnant and decides to have the baby, he said, then the guy is on the hook for paying for it for 18 years.

"Yet if the woman chooses not to carry the child all of a sudden it's her individual personal choice," he said. "...I don't think it's really her pregnancy because it's their pregnancy. And if anything the decision to have an abortion should be made not only by the woman but the man who is also involved."

He asked Simon what she thought of that. Simon replied that Planned Parenthood encourages partners to be involved, but sometimes communication doesn't always work that way.

"Double standards always bothered me and if I thought that a man's signature was required in order for a woman to have an abortion I'd have a little more peace about it..."

The double standard is that men are responsible for child support, but have no say in the abortion decision.
Posted by George at 8:00 AM

No worries, George. If men who wish to be in power soon have their say, men will have all the say in abortion. Abortion will end, and men will all have to be fathers. HA! HILARIOUS, isn't it????