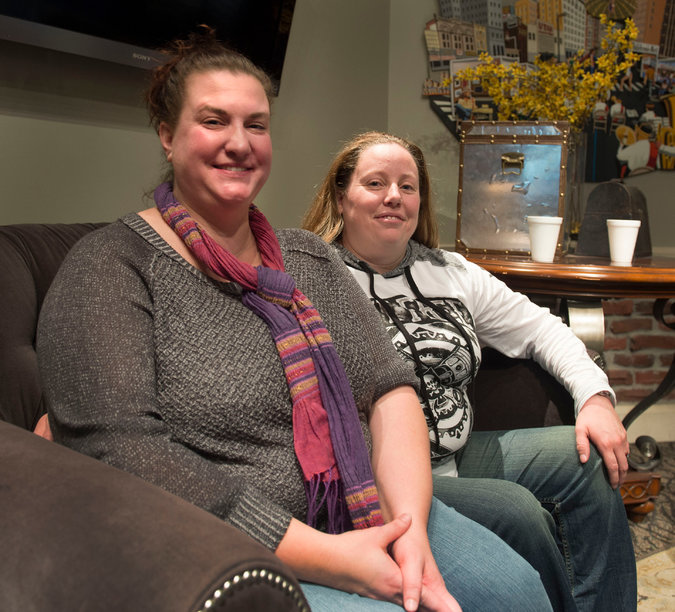 
Under fire from critics including gay rights activists and the state’s Republican governor, a judge in Utah on Friday reversed, at least temporarily, his order that a foster child be taken away from a lesbian couple because it was “not in the best interest of children to be raised by same-sex couples.”

While the child may remain with the couple for the moment, Judge Scott N. Johansen signaled that the matter might not be settled. He continued to question the placement of children with same-sex parents, a matter that will be taken up at a Dec. 4 hearing on what is in the best interests of this child, a 9-month-old girl. ...

Gay rights activists say the case at the heart of the Supreme Court’s marriage decision, Obergefell v. Hodges, should have put such questions to rest, arguing that the right to marry plainly confers the same rights as other married couples have.

Keep in mind that these are not biological parents, or even adoptive parents. They are just foster parents, and they have no right to some baby in the foster care system. They might be many other better-suited foster parents.

Fathers have a right to marry. If a dad can lose his own kid at the judge's discretion about the BIOTCh, then surely a lesbian parent can.

“It’s not fair and it’s not right,” Ms. Hoagland told a television station, KUTV. “And it just hurts me really badly, because I haven’t done anything wrong.”

Join the club. Lots of parents have lost their genuine kids without any finding of any wrongdoing.

While the judge removed the scientifically inaccurate claim that "it is not in the best interest of children to be raised by same-sex couples," his new order still notes the court's "concern that research has shown that children are more emotionally and mentally stable when raised by a mother and father in the same home."

Yes, research does show that same-sex couples are not good for kids. But whether they are or not, the judge can just remove those remarks from his written opinion, and just say that he thinks that some other couple would be better for this baby. He could just look at the lesbians, and decide that they are too fat to be good parents. Or he can apply any other prejudice he wants, as long as he does not put something in writing that violates non-discrimination laws or supreme court rulings.

The Human Rights Campaign has called for an investigation into Judge Johansen's conduct, ... "It is unconscionable that any judge would let bias interfere with determining the true best interest of a child and we strongly encourage the commission to take appropriate action to hold this Judge accountable and to affirm that personal bias has no place in judicial decisions in Utah."

I thought that the LGBTQIA crowd would realize that the BIOTCh is there enemy, because straight judges will almost never consider them to be in the best interest. Bias always interferes in a best interest determination.
Posted by George at 8:00 AM